A shocking story behind Cardro Pro, a powerful software developed by cardro40.org today you will know the real cardro pro developers

alot of you keep falling victims to scams by those claiming to have cardro or cardro developers but you all don’t know The Real Cardro Pro.

The program sold high in 2010 and got alot of subscribers, this program has been in the dark (off social media and off search engine) since 2010 to 2018. From 2019 the worst happened. Alot of imposters came in and began to impersonate the Developers, some care claiming to be Russians while some are claiming to be english but all flash.

What they do is to bring price of the program or product down to lure you and the moment you go to them you’re doomed. You will loose all your money. This is how they are all impersonating Nairatec.com developers, sad enough they don’t even have the program and never know about it, what they did is create fake app some give it free to you and then ask you to pay for activation. Some of them will talk nonsense filed on their website all they want is to scam you.

Below is Cardro main logo

All the program they claim to have, they have none! Be wise. The real developers are cardro40.org meanwhile alternative to cardro pro is “Opstalite.com” use opstalite.com for all your hacking activities relating to carding and flash funds. We are selfless that’s why we recommend opstalite.com if you don’t feel good with our program. 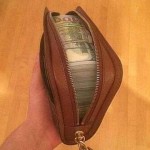 Do not contact us if you're not serious! Dismiss